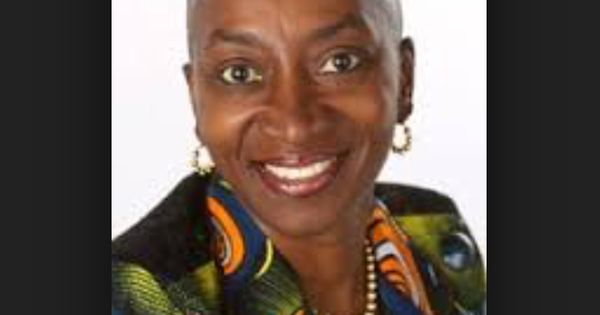 The first I read of the unbecoming comments that the First Lady of The Federal Republic of Nigeria (FLOTFRON) is reported to have made of her husband in his capacity as the duly elected President of The Federal Republic of Nigeria (POTFRON), my instant reaction was of surprise that she had had the ill-informed audacity to have publically blurted them out.

I was even more surprised at those who sought to celebrate FLOTRON Buhari’s unlike-first-lady comments. I mean I was like how could she? Then POTRON Buhari responded and I thought nicely done Mr. President. But of course, as usual, the hypocritically patronizing opinion that tends particularly to be reserved for heads of state of African countries has overshadowed and ‘outrage’ against POTRON is trending in the ‘world’ media.

And then this morning, I happened on commentary by Professor Oyeronke Oyewumi on the matter of FLOTRON Buhari and POTRON Buhari which she posted on her Facebook wall and I was happy. I agree with Professor Oyewumi. I share here commentary here below:

President Muhammadu Buhari has kicked the hornet’s nest. A couple of days ago, responding to a question from the press, he made the following statement:

I don’t know what party my wife belongs to but she belongs to my kitchen, my living room and the other room.

The reaction to this statement by Nigerians, at least on social media is to denounce the President for what many consider his unbridled sexism, patriarchal fundamentalism and for his churlishness in limiting WOMEN’S role to the circumscribed space of a kitchen. Many members of the female gender clearly took his pronouncement personally, and saw it as a broad statement on the role of women in society. I beg to differ.

Firstly, it is disingenuous to start the discussion of this dispute with Buhari’s statement. The President was reacting to Aisha Buhari’s own pronouncements about him and his government on a BBC interview. Her remarks were provocative, to say the least. The First Lady had gone PUBLIC criticizing the government for its failure to fulfill its promises to the millions of citizens who had voted for him.

If, as she suggested, his government has been hijacked through the appointment of people he does not know to head various governmental agencies, it implies that he is incompetent, obtuse and failing in his job. If he is appointing people without a “mission” or “vision” as she asserts, where is his own vision?

Secondly, her remarks that she has listened to “complaints upon complaints” from individuals and collectives alike about his government serves to legitimize the claims of the opposition, and detractors that there is widespread disaffection in the land. She did all this under the Klieg light of public glare!

What is a man to do? I pose the question thus because it is clear that Aisha’s stance was not that of a common citizen but that of a privileged insider—a wife. I read the words “my wife belongs in the kitchen” literally as a remark pertaining to his wife, Aisha alone, and not about women in general. We see that the First Lady herself had personalized her own statement by preemptively asserting:

I have my own right you know to say how I feel about something.

However we want to cut it, Aisha Buhari is voicing disapproval of her husband, the President, publicly! Chai, the domestic quarrel was already on before he ever spoke. Is it any wonder then that he reacted the way he did?

Buhari is a patriarch; what’s new about that? The surprise or even shocking behavior here is not that of the President but Aisha’s! It is insincere to reduce Aisha to an ordinary citizen in this discussion because she is using her access to the President and such information that she is privy to, to find fault with him.

As we can see from his need to immediately put her in her place (as his wife, first), he clearly took it personally. To his credit, he went on to assert his expertise in politics, not because of his gender, but because of his experience running for the Presidency, and finally succeeding at the fourth try. As he puts it:

I claim superior knowledge over her and the rest of the opposition.

From this view, she clearly belongs with the opposition.

Finally, in his eyes, Aisha is not without her own area of expertise in which she has superior knowledge: the kitchen. The Hausa translation of the kitchen statement as reported in Hausa, is clear and unambiguous, Buhari ya ce babban aikin matarsa shi ne dafa abinci: Buhari says, the big job that his wife (not women in general) has is cooking of food (my translation).

In English, the focus of the statement is on space—the kitchen as a place. In Hausa, the focus is on expertise or what actually goes on in the kitchen. Is there another level of insight here? I don’t know.

However, the knee-jerk reaction against the idea of women operating in the kitchen stems from the Eurocentric binaries that if one is located in the kitchen then one cannot operate elsewhere. In cultures where women have been trading, cooking, farming and what have you for eons, the understanding may be different.

One last question: Is Aisha a revolutionary or is she about to walk? If as Aisha Buhari says,

If it continues like this, me, I am not going to continue with any movement again.

Haba Aisha, we must now ask whether she will be willing to vote for him anywhere including the “other room.”

1 thought on “First Lady Aisha Buhari Out of Order”