“And I look forward to the James Mulwana Trade Shows where only Ugandan products are accepted – no Chinese imports, Iranian carpets or pieces of Egyptian furniture stacked up on floors laid in Italian Tiles.” I do too, most certainly.

We can’t say enough about James Mulwana and the fact that he is a true Ugandan hero.

The lessons he taught were many and I’m aggrieved that he didn’t leave behind a book for us to read and live by. It wasn’t in his nature, unfortunately for us, but I hope that the people closest to him do get together to put down his life story as a manual not just for business – but for life in general.

It might be titled: “In Simplicity Lies Greatness” or some such other that would capture the way his humility stood far taller than the arrogance of so many others, and how simple it was to learn lessons from his life. 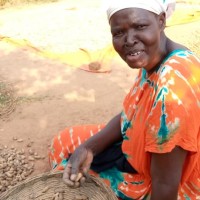