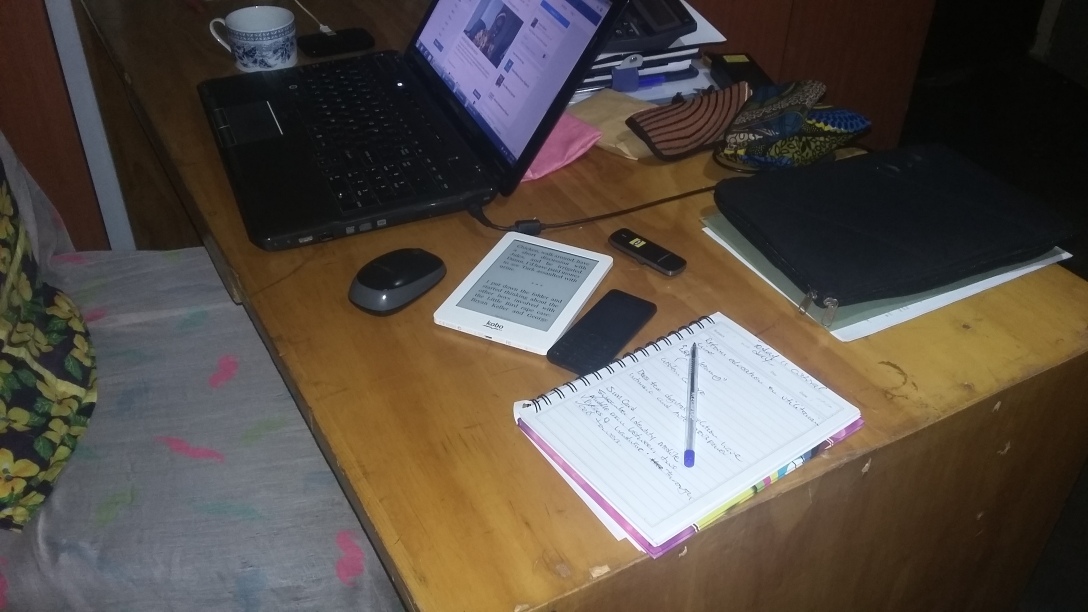 Digital technology (machines and soft ware) have intrinsic power, but to some extent only. To the extent that the technical knowledge, the theoretical knowledge or what Aristotle defined as “certain knowledge”, specifically the design of the gadgets (hardware) and the software (operating systems) have an in-built potential power to transform society.

These days, for example, it is not uncommon for Uganda’s elites to maintain social networks with relatives and friends digitally. At a touch of a button grandma is up-dated on the growth of her grandchild with elaborate photos sometimes sent to her daily. In some cases, that is as much participation that grandma will have in nurturing her grandchild.

Digital technology has changed our socialisation processes – there is no need for frequent physical visits with grandma. We can have virtual ones through the internet. The children of the digital era are ‘dot.com’ children who neither speak Ateso nor any other Ugandan language.

The language of the ‘dot-com’ children would have earned them serious punishment during colonial Uganda. The ‘dot.com’ child shortens English words by using numbers with English letters to form words – the word ‘for’ may be reduced to just ‘4’ or the words ‘see’ and ‘sea’ to ‘C’ or the words ‘to’ and ‘too’ to ‘2’, or the word ‘you’ to just ‘U’, for example.

A text message from a ‘dot.com’ child might read: “Luk 4wad 2 c u”. The colonial teachers of English in Africa must be turning in their graves. Shortening words and spelling words as they sound is done in order to be able to fit the message within one text message and in order not to type much.

Words have taken on a whole new meaning with the advent of digital technology – apple, orange, mango, are now digital service providers in addition to being fruits. This is transformative, ‘OMG’ as the ‘face-bookers’ would message or perhaps ‘LOL’.

If you do not understand what ‘OMG’ and ‘LOL’ stand for, certainly your knowledge of the digital migration debate is insufficient. In fact, you might be like one of the Uganda members of parliament who when asked for an email address for contacting the MP, the MP asked what an email address is.

One of Uganda’s most famous sportsmen, Moses Goloola of Uganda’s kickboxing fame (he is the only Ugandan kick boxer that I know), came to fame partly due to his wordplays using components of digital media – he is reported, for example, as having said that he is so powerful that he is the only man on earth who can tear pages out of face book; and put his clothes to dry on an MTN line!

Not only has digital technology changed the way in which we use words, our social practices have changed too. The only reason her son used to visit his mother was to bring money, but now he does not have to, he saves money on fuel and at a touch of a bottom his mother can receive money through mobile money.

The concept of friend has taken on a whole new meaning with many having face book friends in thousands that they have never met. Forget those days when the living room was the place for a family to spend time together. These days, the family may only be physically together in the living room.

After all, mum will be on her ipad polishing her speech, dad on his laptop finishing off some work that he brought home, and Junior’s ears are plugged in with earphones from his iphone and he is busy texting with his face book friends. To get Junior’s attention mum sends him a Google text message: “Junior it is your bedtime”.

Digital devices have seemingly gained significant power over our lives. For the most part, however, digital devices require other  innovations, for example, electricity, in order for them to function. This means that in-built within digital technology is dependence on electricity.

There is also another kind of power which determines use of digital devices as demonstrated by the National Resistance Movement Organisation Administration’s unlawful blocking of SIM cards of thousands of Ugandans a couple of days ago. The disruption that the unlawful order has caused in Uganda is certainly huge – socially, politically and economically.

The extent to which digital technology has the power to transform society is dependent on that society’s already existing capacity to provide electricity, for use for its own people to power up digital machines. it also depends on the moral and technical competence of those in public and civil service – how they use their positions of power.

If as it is the norm in Uganda, frequent electricity power cuts and for long duration; and the misuse of power in giving and executing orders not supported by the law, digital devices and their potential to transform society are rendered powerless. That status quo is likely not favourable for the attainment of middle income country status.