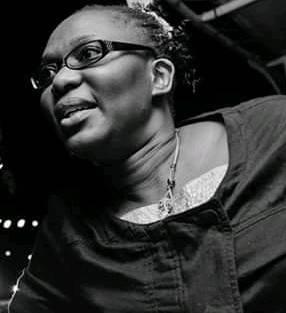 Following President Museveni’s recent re-assessment of Jenifer Musisi, I draw you attention to my advisory to the President to accept Musisi’s resignation. In here resignation she revealed her incompetence and just because the president at the time overrated her and has now decided otherwise, does not mean she was a competent ED for KCCA.

In her resignation letter, “she has provided a catalogue of what she claims her achievements as the first ED of KCCA. A closer discourse analysis of what she has included in her letter as highlights of her achievements, moreover, indicates that she does not sufficiently understand the difference between output indicators versus impact indicators.

If you so wish to acquaint with a more detailed explanation, in my opinion, of the difference between an output indicator and an impact indicator, please refer to my analysis titled: “Operation Wealth Creation (OWC) and the Ad hominem Fallacy”, in which I demonstrate how using output indicators to deduce impact is logically flawed.

In the case of OWC it is deduced that it is achieving enormous impact on the basis of the outputs related to distribution of inputs. From page 2 to 18 Musisi’s 21-page notice of resignation contains a catalogue of outputs that have been achieved by KCCA during her term of office; and it is on the basis of those outputs she seemingly deduces progress towards transforming Kampala.

This is not to say that Musisi does not need to report on the outputs that have been generated while she has been ED of KCCA. A notice of resignation is the wrong medium to report on outputs and moreover for the purpose of using them to deduce impact. Reporting of outputs should be accompanied with the following analyses, among others: value-for-money, budget compliance, viability, achievement of results, and ultimately achievement of overall goals for each and every project or work-package. It is on the basis of such analyses that impact (intended or intended) can be deduced.

From page 18 to 20 of the 21-page notice of resignation, Musisi reveals questionable character. She deliberately and strenuously credits politicians for her failure to forge efficient working relationships with the political wing of KCCA. You will recall, moreover, that in fact at the beginning of her tenure the political wing of KCCA was dominated by councillors belonging to the ruling party.  But suffice it to write, once again, this kind of content is inappropriate for a notice of resignation letter.

The content from page 2 to page 20 of Musisi’s 21-page notice of resignation is content that is normally expected to be included in a comprehensive handover report; and a report which should be subjected to verification, auditing, and approval by the relevant authorities before it may be shared publically, if at all and in summarised form which is sensitive to the global image of our capital city and our country.”