“Farmers in Northern Uganda begin selling food to UN World Food Programme (WFP),” so reported ACTED in 2012. It is thus oxymoronic that at the same time and also presently, official Uganda government documents and discourse, in contrast, continue to label Ugandan smallholder farmers as subsistence farmers.

As a matter of fact, moreover, WFP was convinced that Uganda smallholder farmers are indeed commercial farmers and did give them an incentive to produce more with the promise to buy all quality maize in Uganda.

Given the massive needs in South Sudan, the Democratic Republic of Congo, Somalia, Rwanda, Burundi, Kenya and Uganda, WFP is capable of absorbing all quality maize grown in Uganda.

Indeed we are looking to increase our purchases to meet these needs without upsetting the local market – if we can find more high quality (Grade 1) grain.”

While in the WFP case it is maize, commercialisation of food was and is perhaps still the case with Epuripur sorghum in Teso; oil palm in Kalangala; and government’s promotion of crop farming in Karamoja. Let us not forget the other many examples, including the vanilla and moringa sagas.

So, case in point, is WFP paying farmers enough so that they are able to afford to buy food all year round? Put another why, is WFP paying farmers enough to cover the opportunity cost of mono-cropping maize? And is there a fixed WFP price for a kilogram of maize or does its purchase cost fluctuate, depending on the market forces of supply and demand? 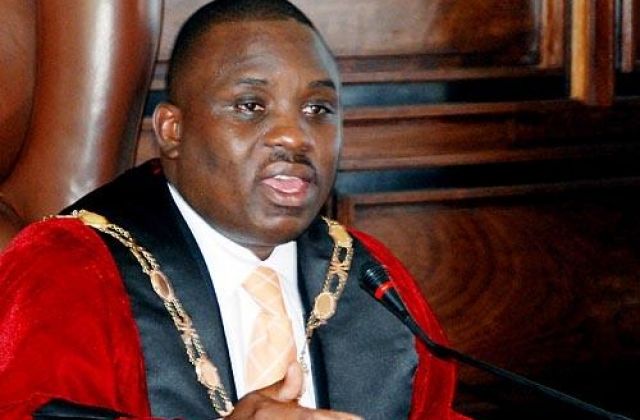 So, when people-centred informed Ugandan leaders make assessments such as this:

“The prices of matooke have plummeted to the lowest levels ever as the country is experiencing a glut in the production of foodstuffs. Ironically, many families are starving and can hardly afford a meal of posho and beans. This paradoxical phenomenon is a function of the breakdown of the state structure which is charged with the duty of devising macro-economic tools that would address the appalling situation.”

And the official position from government on the same issue, through the Office of the Minister of Agriculture, Animal Industry and Fisheries (MAAIF), blames Ugandan smallholder farmers for not embracing the Presidential Initiative on Banana Industrial Development (PIBID) and other MAAIF supported private enterprises, it raises questions. 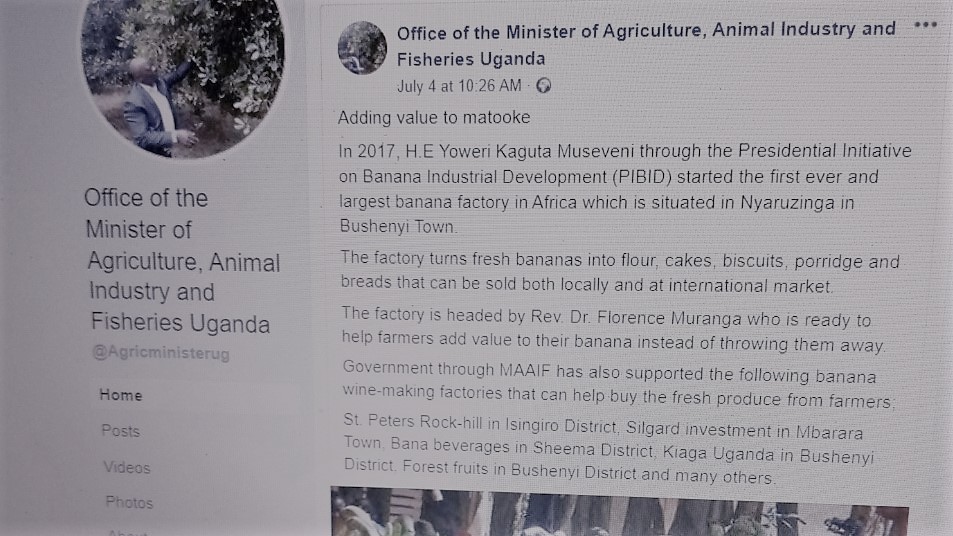 The first question being, in whose interests does the Office of the Minister of MAAIF work How isn’t it valid for one not to surmise that government’s insistence to label Ugandan smallholder farmers in derogatory terms, such as peasants, when they are not; and subsistence farmers, when they are not; is intended after all.

It indeed seems intended, in order that a smokescreen is propagated that allows the Office of the Minister of MAAIF to clandestinely function much like an economic hitman for the benefit of body corporates and the rich, who cheat Ugandan farmers of millions of shillings in unfair trade practices. 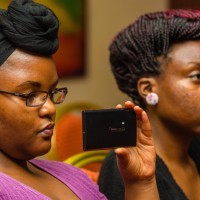