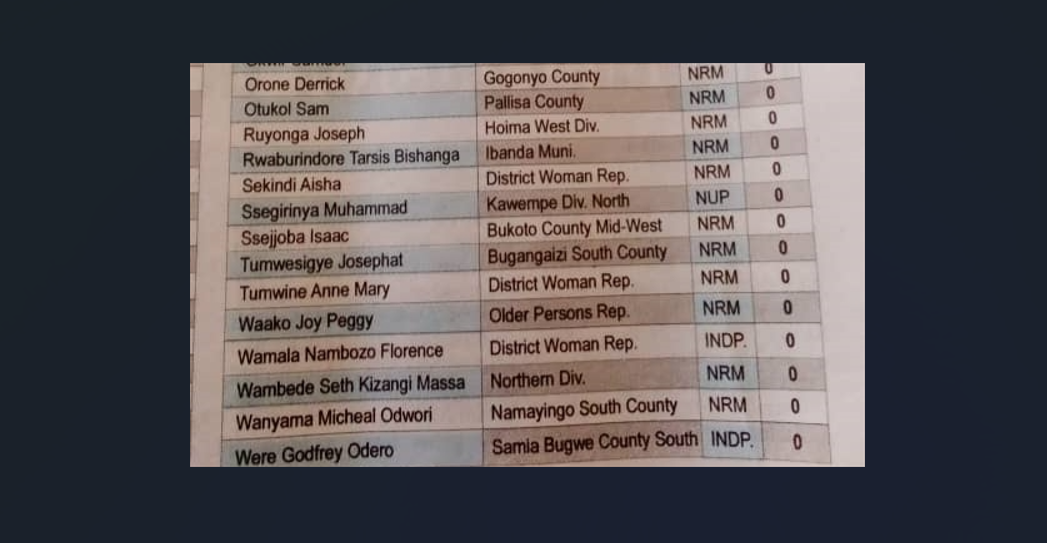 “The current system is irrational for it allows for districts, such as my ancestral district, Pallisa, whose annual revenue collection is about 130 million shillings only, to be represented by five MPs that cost the nation 900 million shillings per year.

Negative trends such as the most recent weakening of the shilling and the sky rocketing food prices shall continue, because those, such as our MPs, who are expected to do something about it are mute or will only make pretentious noises for they do not genuinely feel the pinch as they are cushioned by their vulgar disproportionate emoluments.”

Of course, now the monies paid to MPs are much, much more than they were in 2015. I doubt that the Pallisa District revenue collection has increased that much; and so, it is valid to surmise that the situation has gotten worse in terms of opportunity costs – the mismatch between Pallisa District revenue collection and the cost of MPs is vulgar and is immoral.

Which makes it harder to swallow that Pallisa MPs are among those that are mute in Parliament – “64 MPs did not utter a single word in parliament from May 2021 to May 2022.”