For all I know, the problem of food insecurity in Uganda is more about food distribution than the actual lack of food at all. But to allege that Ugandans prefer feeding their kids on food supplements is to tell us that Ugandans have majority elite. What does afood supplement mean to a poor woman living in Loro in Oyam District in Lango Sub-Region when she cannot afford a couple of cassava tubers?

Develop a sensitisation campaign on what I will loosely call Household Food Planning. Many of the starving households in the areas I know produce enough food to last a whole year, but grossly mismanage it. So, you find food stocks lasting for 9 months or less instead of 12 months.

Well, we know there is poverty, we also know climate change challenges, but to be in perpetual want of food which one is capable of producing adequately, to say the least, is a gross lack of planning on the part of people who suffer from lack of food year in year out.

By Max Anyuru, in reaction and comment to Comrade Norah A. Owaraga’s blog post titled: “Uganda’s food scarcity is superficial,” which was published on 27th July 2014. Sixteen years later, his wisdom remains relevant.

(Note: As early as 2009, food supplements had penetrated Uganda’s market.) 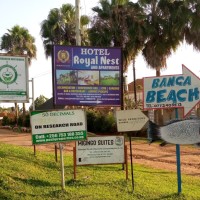