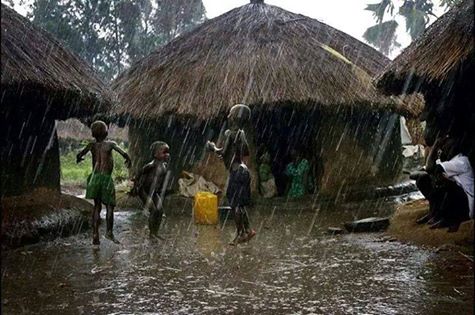 A couple of years back, when Uganda’s leader of the ‘opposition’ at that time, Nandala Mafabi, led a walkout as the President read the Country’s budget for the year, I could not help but sigh in frustration, for this was an example of the shenanigans, which the ‘opposition’ in Uganda has perfected so well. Some defended the opposition leaders, arguing that they were using an effective tool, symbolism, to express their disagreement with the NRM administration’s management of public funds. A valid argument, but it is also valid to remember that symbolism is a double edged sword. When it is used well as was the case with great leaders such as Ghandi and Martin Luther King it can produce amazing results. When used poorly, as is the case with Uganda’s ‘opposition’ leaders, there is no value addition.

Another example of poorly deployed symbolism were the accusations and ultimatums that the ‘opposition’ leaders dished out to each other regarding the 20 million shillings that government gave to each of the MPs of the eighth parliament at the end of their term of office, for the purpose of monitoring government programmes. The timing and purpose of the ‘monitoring’ allocation was suspect, but did the symbolism of Beatrice Anywar and the others who returned the money in form of bags of cash produce amazing results? I think not. The sanctimonious obsession of the opposition MPs and some so-called civil society organisations just simply irked me.

Imagine, that instead of hauling the bags of money back to those they believed were mismanaging it, the ‘opposition’ MPs would have led by example and shown us and the world how the money could have been better utilised, other than as a ‘monitoring’ allocation to MPs. Imagine that in full defiance, Beatrice Anywar would have taken the money and handed it over, say to persons with disability in Northern Uganda so that they could build their own conference facility, and thus would not be discriminated against as was reported in the papers, that members of the National Union of Persons with Disability were moved from a conference hall into a tent in order to make way for an international aid agency to use the hall. Such an investment in a conference facility, in addition, in the longer term would grow the 20 million shillings since it could be rented out, thus generating much needed income, which would contribute to improving standards of living and therefore to Uganda’s development as a whole. Imagine also that Alice Alaso would have, in defiance, taken the money and handed it over to the Nakasero Blood Bank, in order that they ensure that Soroti Hospital does not lack blood as it reportedly does sometimes. Imagine also that Nandala Mafabi would have, in defiance, taken the money and paid a company that deals in appropriate technology to innovate and install rain water harvesting and irrigation technologies in Budadiri North.

Instead, on a daily basis, in the media, from the pulpits of religious houses, the sanctimonious spent much more money allegedly advocating for the MPs to return the money to those they believed were mismanaging it! Was it realistic for us to expect that MPs in the eighth parliament who lost their seats would return this money or that those who are in the ninth parliament coming out of an election that was gruelling to their pockets were going to return the money? Better still, did we expect MPs whose first order of business in the house was to increase their emoluments so that they can earn seventy five times more than a Uganda teacher’s salary to return the money? It seems an indicator that since the electorate did not vote them out the electorate did not care if the MPs returned the money.

A minimum ingredient for symbolism to be an effective tool that creates amazing results is consistency. The actions of those who use symbolism have to be consistent. Admittedly the way in which Ghandi used symbolism is tough to follow, but until our MPs are willing to move closer, live and work as those they claim to represent do, the symbolic acts of the MPs don’t impress me much. More so, the differences with the ruling party, NRM, and the ‘opposition’ are not clear or even non-existent. Okay, the difference is that the NRM are the ones signing the cheques dispensing our public funds, but in terms of differences in ideology there are none. The ‘opposition’ and the NRM are all advocates of neo-liberalism, preferring that governments let the free-market determine the price of all commodities, even those key commodities, which determine the quality of life and standards of living of the entire population. This is the real reason for Uganda’s current problems – the ‘opposition’ are equally not enlightened or perhaps more blind.