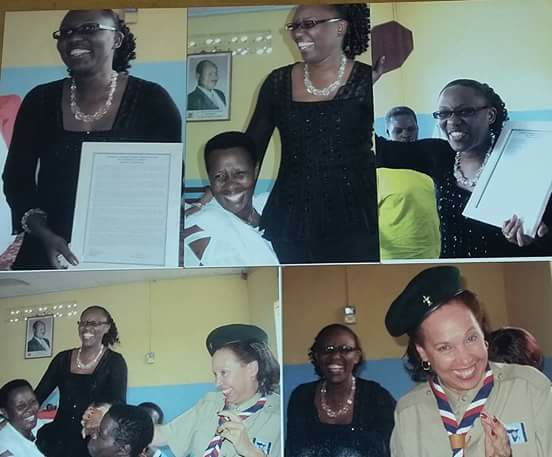 I SERVED Uganda Change Agent Association (UCAA) in multiple capacities as an employee, including as Administrative Secretary; Fundraising and Publicity Secretary; and Executive Secretary. Here secretary being used in the same way as Secretary General or at the level of being a Director.

The citation for the 2007 Award of Merit of UCAA, the highest award of UCAA at the time, signed by Dr. Maggie Kigozi, UCAA Patron and Mrs. Gaudy Nansubuga Ovon, UCAA Chairperson, which I was given for my service, partly reads:

Norah has shown an extraordinary commitment and dedication to UCAA, its members, and to the rural men and women of Uganda whose lives are affected by the Change Agents. Her work over the past 15 years has contributed to the positive transformation of the lives of thousands upon thousands of rural men and women throughout Uganda. On this day, 28th April 2007, the day of the 16th UCAA National Delegates Assembly, the UCAA Board of Directors, in gratitude, takes great pride and pleasure in presenting Norah Owaraga with the UCAA Award of Merit for the Year 2007. Norah is truly the “Mother” of UCAA.

During my time as the Fundraising and Publicity Secretary, when Hon. Winnie Byanyima accepted to be the Patron of UCAA, I worked with her in the service of the objectives of UCAA.

Yes, because of its nature, a countrywide development association of individual members that are representative of diverse nationalities of Uganda, religious and political persuasions, in its Constitution UCAA has included clauses that clearly stipulate that it is not a partisan organisation.

As it is the case with the Civil Service, in UCAA one is not permitted to serve in its employ nor as its public relations figure, if at ll one at the same time is overtly actively engaged in partisan political party politics.

All members, employees, and those in the governance of UCAA know this and abide by it; at least during the time that I served. And therefore, it is the norm in UCAA, for those who want to be overtly involved in party politics to relinquish their employment or leadership positions within UCAA.

This is standard constitutionalism and best practice world over and that which is easily recognisable and is practised by responsible leaders, such as Hon. Byanyima, who hold HIGH ETHICS standards.

I have no energy to engage with RUSSIA-TYPE-TRUMP-TYPE-FAKE-NEWS-VENDOR-TYPES with inferiority complexes, which mentally enslave them to think that their only affirmation comes from falsely critiquing and diminishing another – as Trump is obsessed with Obama, for example.

It is in this context that I have just face-book-blocked a one Karl Marx Wu Mageni (something like that); and resolved not to give his falsehoods coverage on my wall.