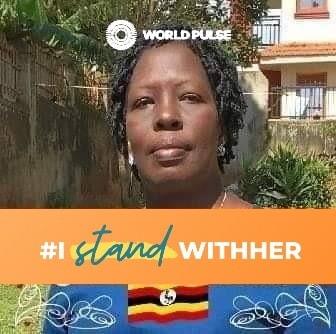 To you my friend, Ajt Ikirimat Grace, I say, boldly name and shame the one you have found to have:

“Copied my work (90%) for his Masters Degree Thesis and has not referenced my work either. I have run the plagiarism software tests on a few pages and the results show ranges of between 88-100% plagiarism.”

There should be zero tolerance to plagiarism for it is a form of corruption. Name and shame those who engage in it and don’t let them benefit from theft of other people’s work.

I did name and shame the one who dared to do so with my work and whom I also happened on accidentally. I strongly believe it is the RIGHT and DUTY of an author to make incidences of plagiarism of their work that come to their attention publicaly known.  And do it in a manner that will last for posterity, write about it. In my case, I blogged about him thus:

“I read the article of the other ‘scholar’ and every single word contained in it was familiar. I thought, wait a minute, this sounds exactly like my writing style. So I checked out the links to my own work and I discovered that Samuel Okulony, the other author, had extensively plagiarised my work.

You may want to note that, according to information online, Okulony is actually the “Programmes and Research Coordinator” for an organisation that he works for; an organisation which has the word “Governance” as part of its name.

Okulony, according to his online staff profile, purportedly has a Bachelor of Arts Degree from Kyambogo University. This discovery further incensed me. How could one who holds such a position and have such academic qualifications resort to stealing other peoples work.

0 comments on “Plagiarised? Name and Shame!”