White privilege is out of control.  muzungus get away with all kinds of craziness. There are whole sections of town that cater mostly to muzungus. By the same token, muzungus get charged 50-100 percent more than Ugandans for everything, always.”

And yes, there are “sections of town” that Ugandans hesitate to frequent. This is not always, however, from the perspective of “that section is reserved for the superior one.” Sometimes, certain places are avoided by Ugandans, lest they be misunderstood or be mistaken for whom they are not.

Some women, for example, lest they be confused to be a loose woman or a prostitute who is targeting to fleece a muzungu, avoid certain sections of town that are often frequented and are believed to be hook-up or pickup joints for muzungus for a certain kind of black Ugandan or African woman.

And also, in such sections that are frequented by muzungus, muzungu prices will normally prevail. It is important to note, however, that muzungu prices are not necessarily only applied to persons with ‘white skin’.

We have a culture of negotiating the price – the seller tests the buyer and opens with a ridiculously exorbitant price, with the expectation that the buyer will negotiate them down. This means that if one is with means and one has not polished their negotiation skills, they will be charged more, irrespective of their skin colour.

I know that for sure, for I have fallen victim of accepting and paying the muzungu price. But, of course, muzungus are an easy target – because of our history of colonialism, it is assumed that they are of means. And, besides, their price negotiation skills, haggling skills really, are insufficient.

There are, however, some muzungus who are afflicted with the ‘saviour complex’ and willing pay more in the belief that they are truly helping a ‘poor’ person. And so that phenomenon also makes muzungus the target for muzungu prices. 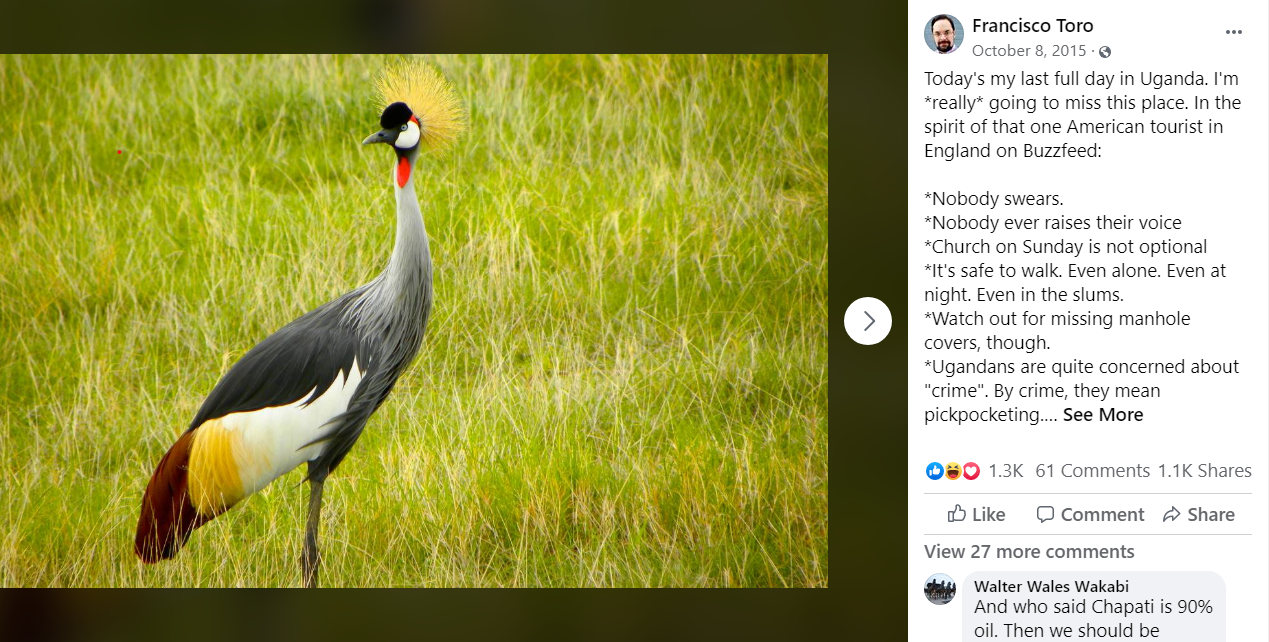 WHY THIS FACT CHECK: On 8th October 2015, Francisco Toro, a Canadian expatriate, posted comments on Uganda on his Facebook wall. This month, October 2020, a Ugandan shared Toro’s post onto their wall, from whence I saw it.

I noticed that statements in Toro’s post were false. I established that of the 80 statements Toro made in that post, 55 of them (nearly 70 percent) were completely false or partially false. I found Toro’s gaze on our Country quite disturbing. I was reminded of a statement that was written about Norway by an English industrialist working in Norway in the 1880s:

“There is no use trying to help these people. These dirty, ignorant people are putting too many children into the world. They won’t work; they have no discipline. They misuse every opportunity they get. Every time they get some money in in their hands it all goes to drinking and senseless waste. All the help we give them is just an incentive to laziness, and another opportunity to produce even more children.”

I could be wrong, but me thinks Toro’s gaze on Uganda, emanates from the same patronizing and offensive attitude as that of the English Industrialist. This motivated me do a robust fact check of his post, just in case, like me, some think his post fits within fake news and provides a basis for others to propagate more fake news on Uganda.

This is the third of a series of posts in which I publish my fact check of Toro’s post. 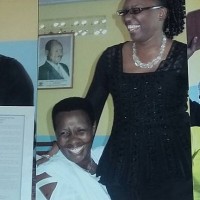