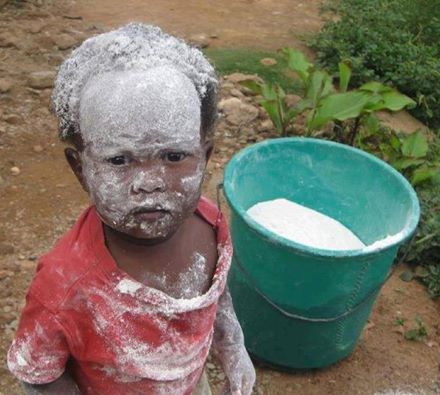 Nobel laureate Amartya Sen’s 2010 analysis shows that the largest per capita increases in food production per head have been achieved in countries that are more densely populated than Uganda.  India’s food production per head index increased by 26 percent, from 96.5 in 1974 to 1976 to 130.5 in 1996 to 1997; in the same period, China’s production per head more than doubled, from 90.1 to 192.3. Uganda is a net exporter of food; indicating that Uganda may have the capacity to produce enough food for its current population.

The prevalence of food insecurity among Ugandans seems to be associated with issues of food distribution, perhaps more than those related to food production.  Uganda’s Ministry of Agriculture and Animal Industry and its Ministry of Health in 2003, in fact, attributed Uganda’s high rate of malnutrition to cultural factors such as ignorance, taboos and lifestyle. There are indications that millions in Uganda are experiencing food insecurity as a result of their own actions and those of their fellow Ugandans. Chronic wastage of good food, exorbitant food prices and food exports from the periphery to the core are the norm in Uganda.

In both their homes and in restaurants, people throw away significant quantities of edible food every day, because Ugandans tolerate the practice of putting too much food on one’s plate, which they do not finish. The preparation of excess food, which leaves enough prepared food for wasting, is the norm in Uganda, especially during festivities. Wastage has grown to the extent that in Uganda interest is growing in food waste as a source for income generation, the animal feeds business. Food is also wasted because it is contaminated or rots as a result of inappropriate preservation, storage and transport facilities.

Millions in Uganda go hungry and die from insufficient nutrient intake, while the number of those afflicted with obesity — a condition associated with over-sufficient nutrient intake — is rising. A UBOS survey found 14 percent of Ugandan women in the rural areas were overweight or obese. In 2010, UBOS reported that diseases such as diabetes, high blood pressure and heart disease, which are associated with poor nutrition caused by an over-sufficient diet, are prevalent in Uganda.

There is very little data in Uganda on the quantity of food that is wasted as a result of the beliefs, attitudes, norms, practices and behaviours of Ugandans. This could be why the Government of Uganda (GoU), academics and other development agents tend to neglect the connection between beliefs, attitudes and the current food insecurity situations in Uganda.

They continue to allude to a perception that food production in Uganda is insufficient to meet the needs of Uganda’s population. The tone and content of the dominant food security/insecurity messages in Uganda do not normally associate food insecurity with the adherence of Ugandans to societal beliefs and attitudes. Neglected in key ‘development’ messages in Uganda are any shifts in preferences that result from social changes.

2 thoughts on “The ghost of Malthus haunts policy makers, the reason for continued food insecurity”