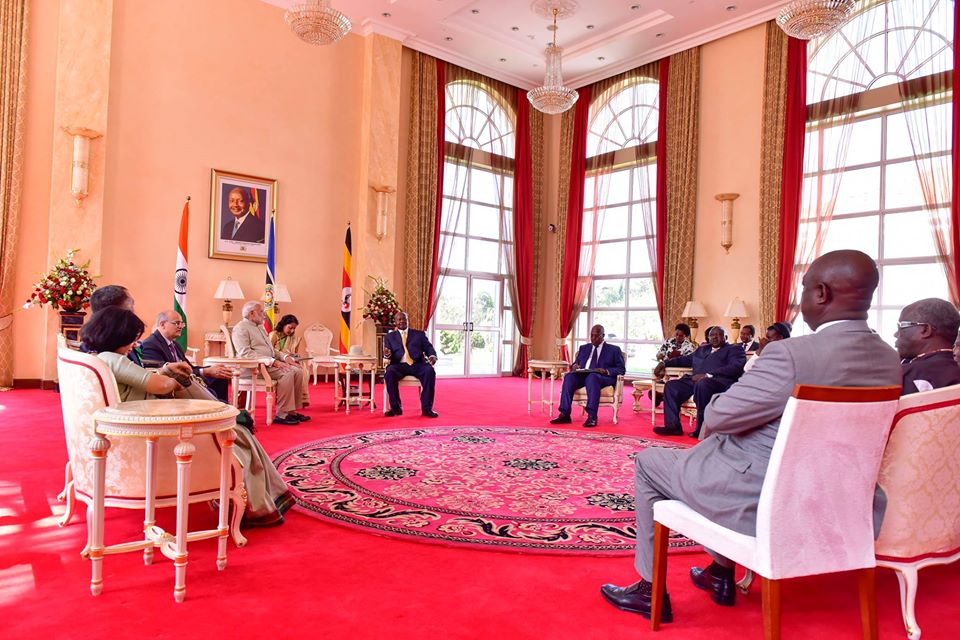 Keeping it close to home, the son of Uganda’s former President, Idi Amin, on social media described President Magufuli’s ‘bulldozer-approach’ in Tanzania as being:

“The exact hands-on approach that Amin used to ensure that government was providing expected services efficiently.”

The opinion that President Amin was a better president than our current president, His Excellency Yoweri Kagutta Museveni, apparently, is gaining traction in the popular press, analysts have noted. This they say is because sections of Uganda’s population are getting increasingly disgruntled and heart-broken by President Museveni’s broken promises.

In 1986, when President Museveni took power, he promised an administration that was “not a mere change of guards but a fundamental change”; a promise that was received with jubilation and great hope for the future of Uganda. It was believed to be a new day for Uganda – the messianic leader had arrived.

Similar with President Magufuli, it is on record that President Museveni in 1986 pledged to the people of Uganda that he and his administration would desist from indulging in a lavish life style.

Historical archives are awash with the famous promise that President Museveni made in 1986 that he would not be like ‘problem-leaders’ of Africa who overstay in power. He promised that he would stay in power for no more than 10 years.

During the 1990s, President Museveni’s popularity indeed soared high. He was recognised by world leaders as among the new generation of African leaders. He was among Africa’s new leaders who were perceived and celebrated in the popular press as being committed to democracy and economic reform for the good of their respective populations.

He was heralded alongside other African leaders, such as: President Paul Kagame of Rwanda, President Meles Zenawi of Ethiopia, President Isaias Afewerki of Eritrea, President Jerry Rawlings of Ghana, President Joaquim Chissano of Mozambique, and President Thambo Mbeki of South Africa.

President Museveni’s popularity seemingly was at its highest in 1996 when 75.5 percent of Uganda’s voting electorate democratically elected him and endorsed him as the President of Uganda.

How could they not. The smoke-screen of the Museveni single story that the media had popularised was still thick in the air. Ugandans still believed, for example, that the essence of his 1986 decrees still held true.

President Museveni’s plastic-cup decree and his local-furniture decree seemingly redirected resources back to the majority. It was the hardworking Ugandans who were getting a raw deal from unfair global trading practices, who were the would be beneficiaries of President Museveni’s 1986 presidential decrees, it was touted.

In the late 1980s and early 1990s President Museveni was the ‘it-leader’, he was ‘our man’ and he was absolutely adored by the press which predominantly told a single story of him. His decrees were popularised by the media as being revolutionary and exciting.

Well, nearly 30 years later, the jury on President Museveni’s messianic rule-by-decree leadership is long back in.

Certainly, photos of the interior of Uganda’s State House erase any doubts that the furniture currently in State House is not made in Bwaise.

4 thoughts on “Africa Heralds Messiahs Who Aren’t – Part I”