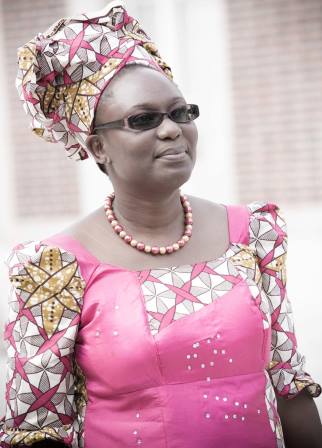 “(Colonial government) officials, missions (Christian missionaries), and elite cotton-growing Africans (men) regarded women as too powerful and independent, threatening their progress agenda. They therefore saw official violence not as traditional or part of a defence of customary law, but as an innovative and progressive way of dealing with women who were central to the farming economy and far too independent for men’s comfort.” This is an extract from an article by Carol Summers that is titled: “Whips and Women: Forcing Change in Eastern Uganda during the 1920s.” The underlined emphasis is mine.

The ‘progress agenda’ in Uganda is still pretty much defined by government officials (mostly men) and who are culturally dislocated global-westernised-recaptives, who are pretty much agents of neo-colonialism.

Sustaining neo-colonialism is the bastardised version of Christianity in Uganda that is mostly enforced by Ugandan men (priests, pastors, etc.) and Uganda women too, through rigid institutions, for example, such as “Mothers’ Union”.

Official violence against Ugandan women sustains within public policy and practice, albeit seemingly sub-conscious. This is manifest in the irresponsible ‘progress agenda’ that is promoted in Uganda allegedly for Uganda. The crops have changed. It is no longer cotton.

It is the new crops, such as Epuripur sorghum, for example. In the name of ‘progress’ and in the name of ‘modernisation’ new crops propagate such negative ills, including land grabbing.

Covert land dispossession is when people are actually not moved off their land, but are conned into offering their land rent free, in order to grow a particular crop, in order to supply the harvest from the crop to ‘investors’. Smallholder farmers, de facto, become labourers on their own land.

At the same time smallholder farmers take the burden of the risks of crop failure, due to inappropriate weather, among others. Case in point, Teso smallholder farmers were manipulated into diverting their land to grow Epuripur sorghum under the pretext that it was for their own good.

Covert land grabbing, in addition, is in the form of that which re-defines land uses intra-homestead. This means that the more powerful members of a homestead, likely the men, may grab land off of other members of their homestead and re-allocate it to the production of a ‘modern crop’.

There are indications that covert land grabbing was indeed triggered in Teso by Nile Breweries’ Epuripur sorghum. An Expert (2016) explained:

I can say that Epuripur had a 70 percent effect of destabilising the balance – causing disruption of social systems in Teso. The experience of Epuripur between men and women differs. For the men they are happy because it brought cash; for the women they are not happy for it brought the trouble of not being able to eat it as atap.

One need not be a rocket scientist to deduce that as was the case of cotton in the 1920s Iteso women have experienced official violence for the “matrimonial offence” of refusing or resisting covert land dispossession by their men re-allocating land to Epuripur sorghum; and or refusing of resisting to be the labourers in their men’s Epuripur sorghum enterprises.

In its Section 4.7 Commercialisation Food (pages 31-37) a “Policy Report on Agriculture in Uganda – a cultural anthropological perspective” contains a detailed analysis of how unfair trade practices and economic injustices against Ugandan women sustain in Uganda’s policy and practice. The full report is available here.