Smallholder farmers in Uganda are net buyers of food.  They buy more food than they sell, meaning that they produce and sell and then buy to eat.

Case in point, this was my finding in 2012, as I conducted conversations in Teso as part of my academic study in which I was investigating “adherence to social economic institutions and food security among Iteso of Uganda.”

I strongly believe that my findings in 2012 in Teso are still valid today; and that they are relevant and are likely true for the rest of Uganda as well. Indeed, in a subsequent qualitative study that I conducted in 2016 and for which I did field wok in Teso and in Karamoja, my 2012 findings were re-confirmed.

Smallholder farmers with whom I conversed, highlighted their need to have cash not only for paying for social services, such as school fees and health care services; but also for them to be able to buy food. They explained:

“In the past, people farmed ecoroko (peas) and imare (cowpeas), which would last for years, but now people no longer farm ecoroko and imare in those volumes for home consumption. Now people farm, harvest and sell and then they go and buy things like cabbage.

But old women of the past, their imare were kept in the granary, their ecoroko was kept in the granary; but these days, as soon as problems come, people are in a hurry to sell imare and ecoroko quickly in order to get help. So hunger from having no food stored causes one to buy cabbage for food.

Imare and ecoroko are like pocket money these days. People can sell them anytime, in order to get money – money for school fees, change of diet, illness – medical bills.

Milk is also just sold these days. Where is it in the individual homes these days? Some of us even spend a year without tasting milk. Even sour milk you just have to buy at 300 shillings.”

Sometimes, due to adverse weather conditions the normal food system of rural farming households in Teso is disrupted, they further explained. They narrated that when that happens, they are unable to grow food and they must buy food.

When disruptions in their food system happens, they offer their labour to the rich for cash; which cash they use to buy imported food, said Iteso smallholder farmers. They further explained:

“We buy cabbage because the Bagisu bring it and sell it to us, we don’t grow it. They bring it from Mbale. We just buy it. Hunger has caused us to eat cabbage.

When we experience long dry spells we cannot grow food, so we find some money to buy cabbage. When there is a long dry spell eboo (cowpea leaves) disappear.

We also eat tomatoes that are imported, we just buy them. Even though we have been mostly eating imported eggplants from Bugisu we have also started growing eggplants. Those who grow eggplants now also sell to us.” 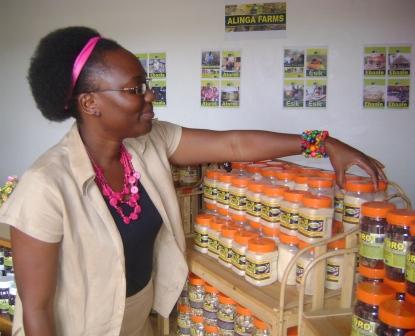 Bugisu is in the Eastern Region. From the East to the North-East and throughout the country, smallholder farmers are producing for the market – the local, the regional and also for the global.

It is, in fact, policy of the President Yoweri Kagutta Museveni led National Resistance Movement party, which is the current Administration of the Republic of Uganda, to promote commercialisation of food crops. Promoting the growing of food crops as cash crops.

It is thus simply Machiavellian for official government documents and discourse to refer to Ugandan smallholder farmers as peasants and or as subsistence farmers. It is long over due that we detoxify our discourse of culturally imperialistic descriptions that denigrate us.