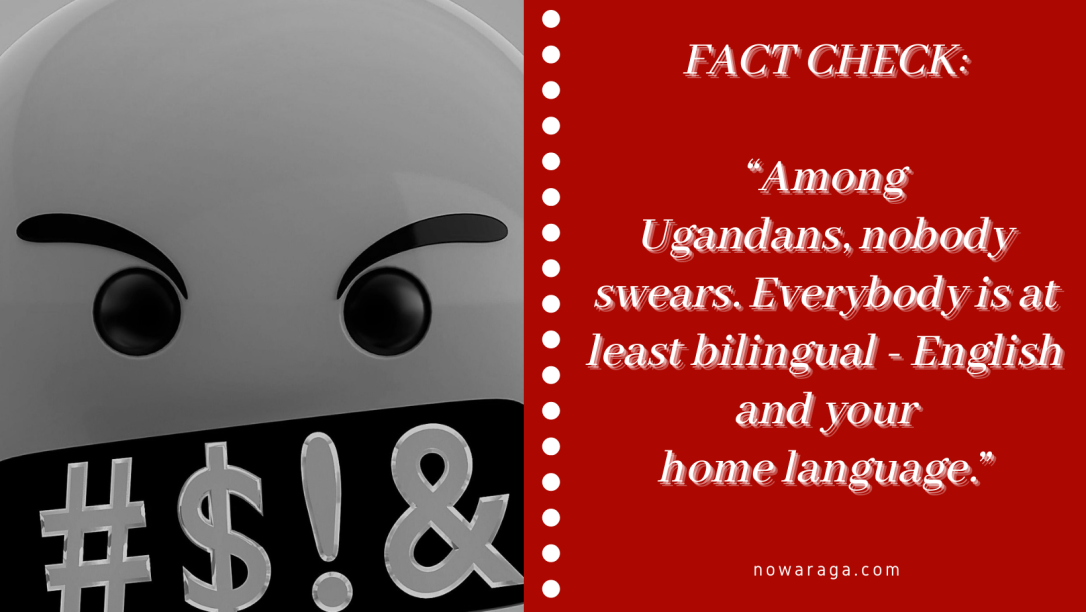 “Among Ugandans, nobody swears. Everybody is at least bilingual – English and your home language.”

It is quite likely that because of the power dynamics between Toro and the Ugandans that he associated with, he never ever heard any of them swear in his presence. This does not mean that “nobody swears” in Uganda.

Plenty Ugandans swear in the languages of our 50 plus first nations, in Kiswahili, in English, as well as other languages. Some famous Ugandans are notorious for using words, including swear words, that in many parts of the world would certainly be bleeped on television and radio; and or edited out of written publications. 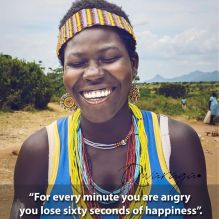 There are, however, some Ugandans who are able to speak and understand only the language of their first nation; while others are bi-lingual or multi-lingual – with abilities in two or more languages of the first nations of Uganda, but do not speak nor understand English.

There are also those who have only English language abilities; and do not understand or speak any of the languages of the first nations of Uganda. Sadly, because of so called “modernisation” (which basically means be like the global-west), this trend is on the increase.

In Luganda, K is pronounced “ch” when it comes before i or y (Kira is pronounced “Chira”). Ugandans get confused about this when it goes the other way and mispronounce English words as a result: “dochument”, “spechifically.” You don’t “pick somebody up”, you “pick somebody” You don’t “live” somewhere, you “sit” somewhere. Some of the home languages are mutually intelligible. Some languages are as different from each other as English and Chinese.”

Generalizing ‘English pronunciation disabilities’ or accent, if you will, of the Baganda to Ugandans as a whole is an exaggeration and a factoid. Luganda is among the many Bantu languages of about half of Uganda’s population.

Intra language group there are instances where the languages are mutually intelligible, but it is rare that it is the the case inter language group.

WHY THIS FACT CHECK: On 8th October 2015, Francisco Toro, a Canadian expatriate, posted comments on Uganda on his Facebook wall. This month, October 2020, a Ugandan shared Toro’s post onto their wall, from whence I saw it. I established that 55 of 80 statements that he wrote (nearly 70 percent of them), were completely false or partially false. I found Toro’s gaze on our Country quite disturbing; and also appreciated that some are likely to take it seriously as factual, to the extent that it becomes the basis for more fake news on Uganda. And so, I decided to do a robust fact check of Toro’s statements.